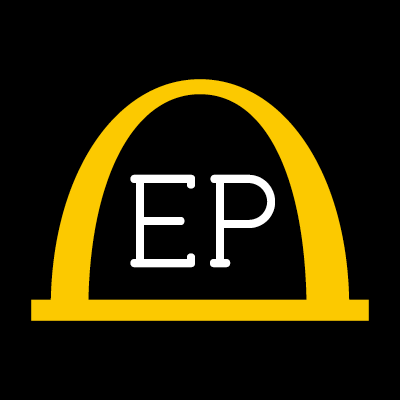 Surviving a Marathon (of a Pandemic)

By Edward NgNovember 25, 2020No Comments

A friend recently asked on a Facebook forum what was good about being single. I replied that the tremendous flexibility to do whatever I wanted, whenever I wanted (especially pre-kids), was one of the best things. But I forgot to mention that a subset of that good stuff was that I used to run a lot more.

I’m not the best runner I know, but I like the performance of it: getting out into the open air, taking in the scenery of the city, feeling my body rev up into exertion. For someone who spends a lot of time in more cognitive pursuits, being “in my body” is incredibly important to me. And at one time in my life, I ran 2 full marathons along with quite a few half marathons. I would say that even though I was not about to win a sponsorship for breaking the 2-hour barrier for 26.2 miles, I knew enough about being a non-genetically-gifted runner about how to get through something that strained you for a very long time.

Of course, surviving a deadly pandemic is not the same as choosing to take on the task of a long distance race. But the thought that keeps turning over in my mind as every client of mine has begun reporting “pandemic fatigue” is that distance running may offer some valuable insights and strategies for dealing with weariness, whether it be physical or psychological.

1) Run your own race

The start of a race is always flush with excitement. There are bands. There are crowds. There are fit people all around hyping themselves up. But what you must not do is run hard from the start. Unless, of course, you happen to be one of those elite runners who gets paid for it. But from the very beginning, it behooves you to measure your strength, realize that some people are going to run for Boston qualifying, and then concentrate on what you can do, not what others are doing.

Be aware of your own pace. Be mindful of your breathing and heart rate. And run your own race.

Hydration stations are one of the fun things about distance races. I say “fun” because I used to run with a water bottle cradled against me like a football (I hate the feeling of a water bottle slapping against my back and I’ve always been too cheap to invest in a hydration pack) and it’s kind of neat to have someone offer you a cup of water along the way. But more than just being fun, it’s imperative to drink.

The more fatigued I feel, the more I realize that I need to take more breaks. That means I have to prioritize the work I do (therapy!) and let some other things go in the name of rest. Maybe that means some emails don’t get answered or calls don’t get returned. But if I’m going to get through this and do a good job for the people I’m seeing, I need these breaks to keep me on my feet for the long haul.

3) Keep your gaze short and take in your surroundings

Both marathons I’ve run have been through picturesque places (Hong Kong and Portland, OR.) Portland was a new city to me, and Hong Kong’s route took me over highways that I’d only ever ridden a bus or taxi on. But the temptation during a long race is to stop enjoying the scenery and to be too focused on the fact that what you’re doing is increasingly painful.

There does come a time when you do need to gut out certain stretches, like an incline or inclement weather (it rained heavily the one year I ran in Hong Kong.) And those times come more frequently the further into the race you go. But in those moments, the best thing I have found is to stop looking at the mile markers and start enjoying what you’re seeing.

It sounds absurd given the circumstances of prolonged exertion. Pain is a constant reality. But so is the fact that our world is still full of beauty, whether in its people or its places. Keeping our gazes short means appreciating what is in front of us rather than focusing on reaching a goal.

One of the most indelible memories I have of my first marathon was, at around the 20-mile mark, seeing a Chinese national team member collapsed at the side of the road, being attended to by EMTs. This wasn’t exactly an encouraging sight. The thought occurred to me that if the chilling rain could send such a well-conditioned (professional?) athlete down to the ground, what would it do to me?

There are a few things you can sort of control when it comes to running. Pacing, when you eat (endurance gels are still disgusting), when you hydrate, and maybe even breathing. Beyond that, the weather will still get to you, your body may still cramp, and weird s*** still happens.

Part of the fun of a race (not a pandemic) is dealing with these unexpected things. However, in the same way, unexpected circumstances also give us the opportunity to try new ways of being. Although I’m not a cognitive psychologist, a helpful cognitive reframing for unwelcome surprises is to recognize the unpleasantness of it, and after a moment, to move creatively to adapt. When we’re forced to find new ways of being, we also then open up new vistas to experience strength and resiliency in a way we perhaps never thought we could. To coin a phrase, “you never know until you are tried.”

I know this is perhaps counter to nutritional advice for athletic performance, but sometimes, on longer runs, I can only think of Oreos. I’m not an especial fan of them, but something in my body craves them when my glycogen reserves have all dried up. It’s probably a good thing that we rarely have Oreos in our kitchen cupboards.

But one reward that we can all plan for is the feeling that one way or another this will be over. Humanity has been around for too long and has endured so many other pandemics that it’s unlikely that we are facing the extinction of our species (I certainly hope I won’t have to eat those words too.) So one way is to recognize that there is a finish line, and that even if we carry wounds with us as a result of having to endure, we can adapt to these as well.

One of the most disappointing things to experience in an endurance race is to plan (secretly or not-so-secretly) for a specific time or result and then fail to reach it. I’m glad I didn’t set a goal of qualifying for the Boston Marathon (which I didn’t get anyway), but I did secretly set a goal of “even-splitting” my races (timing approximately the same for the first half as the second half, and yes, I did happen to get that.)

I mention grief here because it’s important to remember that there’s lots to lose along the way. First, of course, are the people who are dying every day. But then for a lot of us there are relationships that have soured or gone cold; or the work we’d hoped to have acquired but now, no one’s hiring. For a lot of us, the prospect of travel, whether a simple road trip to a BnB or an international pilgrimage, is so distant in the future that we might as well not think of planning it.

Admitting our losses and feeling sad does not mean you will develop depression. It means that you are human, that you feel sad, and that the things you have lost are precious in varying degrees. A lot has been written about grieving well, so I won’t rehash it here. But one thing that seems common to the experience of “grieving well” is to allow ourselves to feel what we feel, and in time, to make even these losses part of our story. It’s this last step that helps us cohere the fragmentation that comes with loss.

I really feel bad for students at the moment. My kids are young enough that they’re really just in the phase of learning to take their shoes off when they get home. But for upper high school and university students (and above!), I can’t imagine what it’s like to be sitting at home staring at a video conference screen all day long. I know some of us in the workplace do this as a matter of course, but we all know that this isn’t the best way to learn.

What really makes me sad for students is that now, there doesn’t seem to be much slack being cut for them because they’re “learning in the midst of a pandemic.” At first, it was my perception that teachers and professors alike were granting outrageously long extensions and buffing up grade curves. But now, it seems that those have been thrown aside and “business as usual” is the rule of the day.

I wish our systems and schools would let up on us, but that would be asking too much of the machine. So here’s my advice: be gentle with yourself. Be gentle with others. This long moment, this terrible pause in history, is not how it ends.